Birth control is an essential supplement for your sex life if you mind the idea of having a baby to call your own. Bringing up a child is not everyone’s cup of tea, especially when one is unmarried, premarital sex is by far one the biggest reasons for birth control measures. But what are the best methods of birth control? By best we mean the method which will ensure that there is control over child birth, and you should understand there are no things as best. There are options for you to explore those when used in the right manner can lead to positive results. 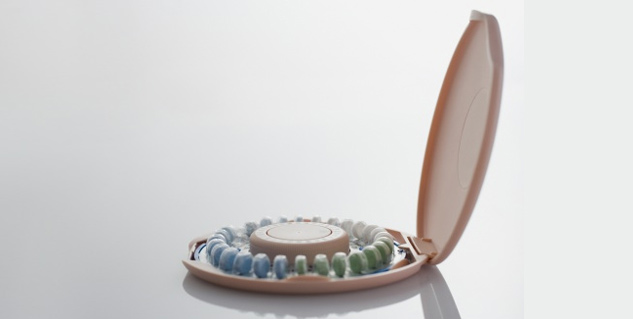 This one of the most effective methods for birth control, this basically means that you do not have sex. Abstinence also means that you have no way of getting Sexually Transmitted Diseases, and everything will be just fine. This is not to say that you do not have sex forever, abstain from sex when you do not want to give birth. You can have sex once it is ready. But then again, not having sex is a very big factor and you will need to have tremendous will power.

[Read: What leads to Contraception Failure?]

The pill as birth control measures

Birth control pills are taken orally, and are considered very effective when it comes to preventing fertilization. Much like the traditional birth control pills, these newer versions that you will find today offer protection from pregnancy by preventing ovulation or as it is generally called as the release of an egg from the ovaries. If taken properly, the traditional and the newer forms of these pills are at least 99 per cent effective in preventing fertilization. All you have to do is to make sure that you do not miss the dose and the time remains the same every day.

Widely used by all, condoms are a favourite when it comes to birth control with withdrawal method. Yes, people don’t really want to use this because it doesn’t feel that good with rubber, but it saves a whole of tension like changing diapers in the future and becoming a parent at an early age. Condoms come in both male and female variety, while the male one is worn over the penis so that it can act as a barrier to the sperm, the female one is inserted deep into the vagina over the cervix like a diaphragm. Both of these fall under barrier methods and are effective in protecting you against STDs.

Female condoms are quite a new entrant in the market as a female contraceptive, though it has been available for some time. It is made of thin sheaths of polyurethane plastic with two rings of the same material on each ends. One end of this device is closed while the other end has an opening. The flexible ring with the closed end is inserted into the vagina while the open end remains outside the vagina and partially covers the labia (walls of the vagina). Female condoms are to be worn before sexual intercourse.

When penetration is about to take place a woman needs to guide the man’s penis into the open end of the condom. Since mostly female condoms are made of polyurethane, both oil-based as well as water-based lubricants can be used unlike in the case of latex condoms where only water-based lubricants can be used. Never use a man’s condom along with a woman’s condom as tearing of condoms is very possible. Failure rate of female condom ranges from five percent to twenty-one percent. Female condoms are less effective and more expensive when compared to male condom. Female condom can also help prevent STDs.

[Read: Pros and Cons of Condoms as Contraception]

Intrauterine devices such as ParaGard are surgically implanted copper device which prevents the sperm from reaching the female egg, thereby preventing fertilization. Another type known as Mirena is also a surgically implanted that works by releasing hormones. These have been found to be more than 99 per cent effective and are good for 10 years. The device can cause pain when implanted in some women who have not had children, and so doctors suggest this device for women who have previously given birth.

Pulling out as birth control measures

Though this may seem like a careless way to go about this topic, recent studies have suggested that this could in fact be a rival to condoms when it comes to birth control measures. This method is for those who live on the edge as it can increase the risk of STDs, and also can cause pregnancy if the man does not pull out on time. This method is certainly a dream for those who do not like to use condoms when having sex, but your senses need to be wide awake. We suggest you to consult a doctor before using any such methods of birth control, find out what is suitable for you.

It is a dome-shaped latex cup that is inserted into the vagina and over the cervix before practicing sex. Diaphragms are mostly used along with spermicidal formula which can be in the form of cream or gel. The latex cup prevents sperms from entering the uterus and the spermicidal acts as a backup plan in case some sperms pass through by making them inactive. The diaphragm is to be removed after having intercourse but has to remain inside the vagina for six to eight hours after sex to prevent pregnancy. This method of birth control not only has a high failure rate but also does not protect you from STDs.

Women prone to infections of the urinary tract or allergic to latex and spermicides should not use this method. Women with Toxic Shock Syndrome are not recommended to use this method. Women using latex diaphragms need to be sure that their partners are not allergic to latex or spermicides. Diaphragms can be reused after a proper wash but needs to be checked for leaks or damage of any kind. Diaphragms have to be custom-fitted and its fitting needs to be checked in the clinic after every few months or after changes due to weight or pregnancy.

It is a small, latex cup which is shaped like a thimble and is used along with spermicide to be inserted into the vagina, similar in terms of diaphragm but a size smaller. Failure rate is similar to the diaphragm, eighty to ninety percent effective. It covers the cervix and prevents sperms from entering the uterus. It can be inserted several hours before intercourse and must be kept in the vagina eight hours after intercourse is over.

It is reusable but needs to be replaced after every year or so and needs to be checked for fitting due to weight gain or any physical changes. Lubricants which are oil-based should not be used along with cervical caps. This female contraceptive contraception is by prescription only and requires few tests to be done, such as a pelvic examination and Pap test. An abnormal pap test, inflammation or infection and women with history of toxic shock syndrome are not recommended for this birth control measure.

A form of disposable barrier contraception. It is made of polyurethane, which is round shaped and fits over the cervix. The sponge also contains a spermicide; it works on the same principle of a diaphragm. It is inserted six hours before intercourse and should be left for six to eight hours after the act. It should not be used during menstruation, after delivery, abortion and miscarriage. Women with history of Toxic Shock Syndrome are not recommended this contraception.

They are square shaped pieces of thin latex which are used to prevent transmission of STDs while performing oral sex on the vagina or anus. It covers the vagina and prevents any exchange of body fluids. It does not come lubricated and only a water-based lubricant should be used on the side of the dental dam which touches the skin for providing sensation. It can be used along with a spermicide. Dental dams are basically used by dentists for dental surgeries, hence the name.

They help in preventing fertilization by killing sperms, when applied inside the vagina prior to intercourse. The failure rate of spermicide when used alone as a contraceptive is higher unlike in the case when used along with any other birth control measures. Spermicides are unscented, not flavoured, clear in colour, non-staining and lubricating. Many women are allergic to spermicides and infections of the urinary tract can occur. Effectiveness lasts for only a less duration, about an hour. They come in form of gels and creams.

A thin, colourless, flexible ring which can be inserted into the vagina near the cervix. It is a hormonal method of contraception as the ring is coated with hormones, estrogen and progesterone. This contraceptive is by prescription only and is to be used three weeks in advance for the hormonal effects to take place. Precise positioning of the ring is not important as in the case of a diaphragm or cervical cap. The hormones are released gradually in body and work on the same principal of oral pills. The ring gives protection from pregnancy for only a month and does not shield you from STDs. Availability of this contraception in the markets might be difficult.

We suggest you to consult a doctor before using any methods, find out what is suitable for you.